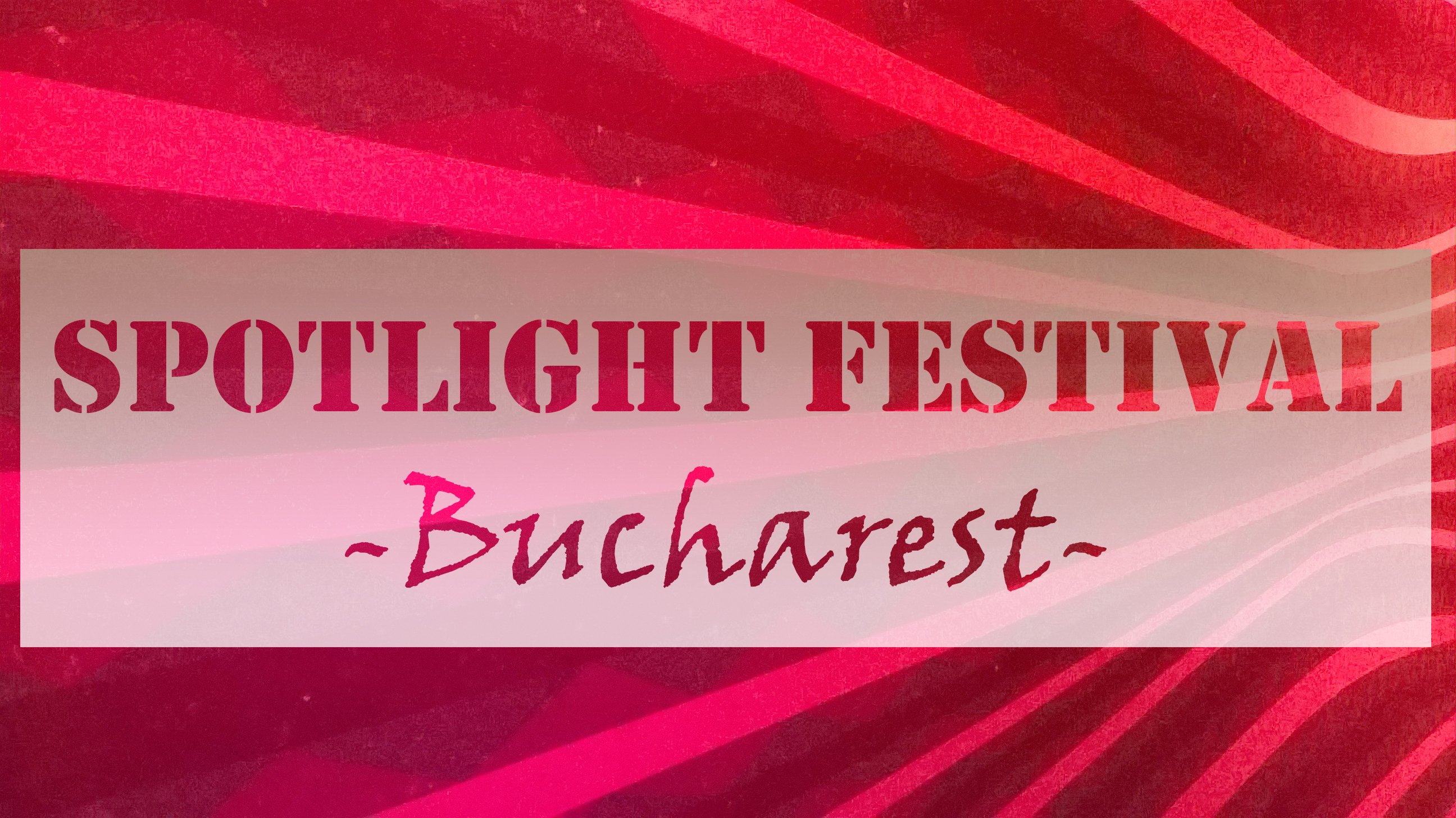 Bucharest was the very first city in the world illuminated with kerosene. This happened in 1857. Meanwhile, things changed and now, 159 years later, it’s time for high-end technology to steal the show, so let me take you on a virtual tour through Bucharest during Spotlight Festival. Watch the streets as they turned into a huge stage for incredible entertainment with light and sound. And if you like it, maybe you’ll consider experiencing it on your own next year!

Thinking about what should I do over the weekend, I found out about Spotlight Festival in Bucharest, Romania. The concept of the festival revolves around using light based technologies to create different forms of art: modern sculptures, video mapping, colorful installations and so on. This second edition took place between the 5th and 8th of May and featured artists from all around the globe to celebrate technology and culture. Let’s take a tour!

“Fantastic Planet” is an inflatable human-shaped balloon, that shines in the dark. It has 12 meters long, and it can be pretty intimidating, even from the distance. I love the concept behind this giant, not only for it’s size, but for it’s body position too, which leaves room for interpretation. Some people see it like a human trying to get up and run, others see it like some sort of action-movie spy, crawling through an air vent. And then there’s me who sees a sad, knocked down, hurt, defeated, human being. I could find a few more adjectives to describe it, but I wouldn’t want you to think that I’m such a pessimistic person. I’m not. I swear.

Stepping to this carpet mesmerized me completely. Suddenly, I wasn’t aware of my surroundings and with every step I felt more and more absorbed by it. The carpet has reflective tapes in various patterns that change color and shape under different types of light.

Yes, they were supposed to represent penguins. To me they seemed more like bowling pins that I could use to decorate a Christmas tree, but anyway it was fun to watch their flashing colors on music beats.

You might have a strong feeling of familiarity when looking at this structure, as it refers to a famous modern sculpture – The Endless Column made by Constantin Brancusi. Because this year marks 140 years since his birth, this was a timely and inspired tribute to his work. The structure ends both at the top and bottom with mirrors, which gives the viewer the impression that it’s continued into other dimensions.

These shining angels were eye candy for me, as their colors were so intense and alluring. Pure heaven. No pun intended :)

This is a carnival element, put together on a larger scale. In front of the building there was a drum that you could hit to light up as many windows as possible, depending on the force used.

I must admit that video mapping shows were my favorite at this festival. This particular one used a hotel facade to create an explosion of rapidly changing patterns, colors and sounds. This made me realize how easy it is to change our perception of how we see things, using only optical illusions.

Another building used for video mapping was The Palace of the National Military Circle. Every architectural detail was used to create a unique visual interpretation of Ode of Joy. Hands down, it was the most impressive artistic act from this year’s Spotlight edition.

Light projections. Light projections everywhere! When two of the most emblematic buildings of Bucharest (CEC Palace and National Museum of Romanian History) are completely covered in light, the effect is stunning. The colors changed following the pace of the crowd passing by.

This particular one made me have mixed feelings. Technically speaking, it’s an outstanding demonstration of what CGI (computer-generated imagery) can do. This face was projected on a huge screen and it’s movement was controlled by any willing festival participant. On the other hand, it’s facial expressions haunted my sleep two days in a row, and I’m pretty sure I’m not the only one. I can’t even imagine how children felt about this, but probably it involved a lot of crying. It’s a good thing that Spotlight featured a wide range of technologies, but maybe next time they’ll consider using the face of a puppy.

This tree is made of recyclable materials only. It’s reminder of being responsible and caring for our Planet. The ecofriendly tree was first featured at Lyon Light Festival, in 2009. His lights are bright and optimistic, putting everybody around in a good mood.

Now you have a good idea of how Bucharest looked like during the 4 days of the festival. Feel free to tell me what you think and if you would find interesting to be a part of such an event. If so, maybe next year I’ll see you around for another unconventional tour of the city!

I wish I could go and see for myself. Love this spotlight event, so different! Your photos are amazing. Thank you for sharing this.

Thank you for your visit and for your appreciation :)

Everything just looks so beautiful! The spotlight festival is something that’s going to have to go on my bucket list!

Oooh, I want to go to that spotlight festival some day!

I hope you will! Until then, maybe you’ll find similar light festivals near the place you live :)

It’s so beautiful ! look at all the lights :)

Light installations always have a special effect on me. I think it brings out my inner child. I’m glad to see that I’m not the only one :)

Oh wow!!! Those look so cool! My favorites (at least based on your photos and descriptions) are the Penguin Army, Light Striker, and the video mapping

That looks so cool! Thanks for sharing!

Then stay tuned for next year’s edition, I’ll be the guide for anyone interested :)

I couldn’t go at this festival but I’m pretty sure it was awesome!
Alexandra ~ ArtMandy

Yes, it was. It gave me a whole new perspective of the city <3

This is beautiful! I wish these lights had been up when I was in Bucharest! My favorites are Fantastic Planet and the penguin army–soo cute!

Author
Inspired To Explore
Reply to  Stella the Travelerette

The penguin army is indeed very cute. How can you not love something portraying an army of little, fluffy, happy creatures? <3

Thank you so much for your feedback! Glad you like it! <3

Wow this looks so cool, I’ve always wanted to see a light festival.

Kelly Knows It | A life and style blog

Bucharest is waiting for you next year! Also, check what other cities in the world have a light festival, and maybe you’ll find one near you! I only know so far about Bucharest, Prague, Berlin and Jerusalem, but I’m sure there are many others just waiting for you :)

I love walking tours! Haha. I’m a cheapo. And it’s also a good way of getting to know the city, your post proved that. Good job!

That looks so amazing!