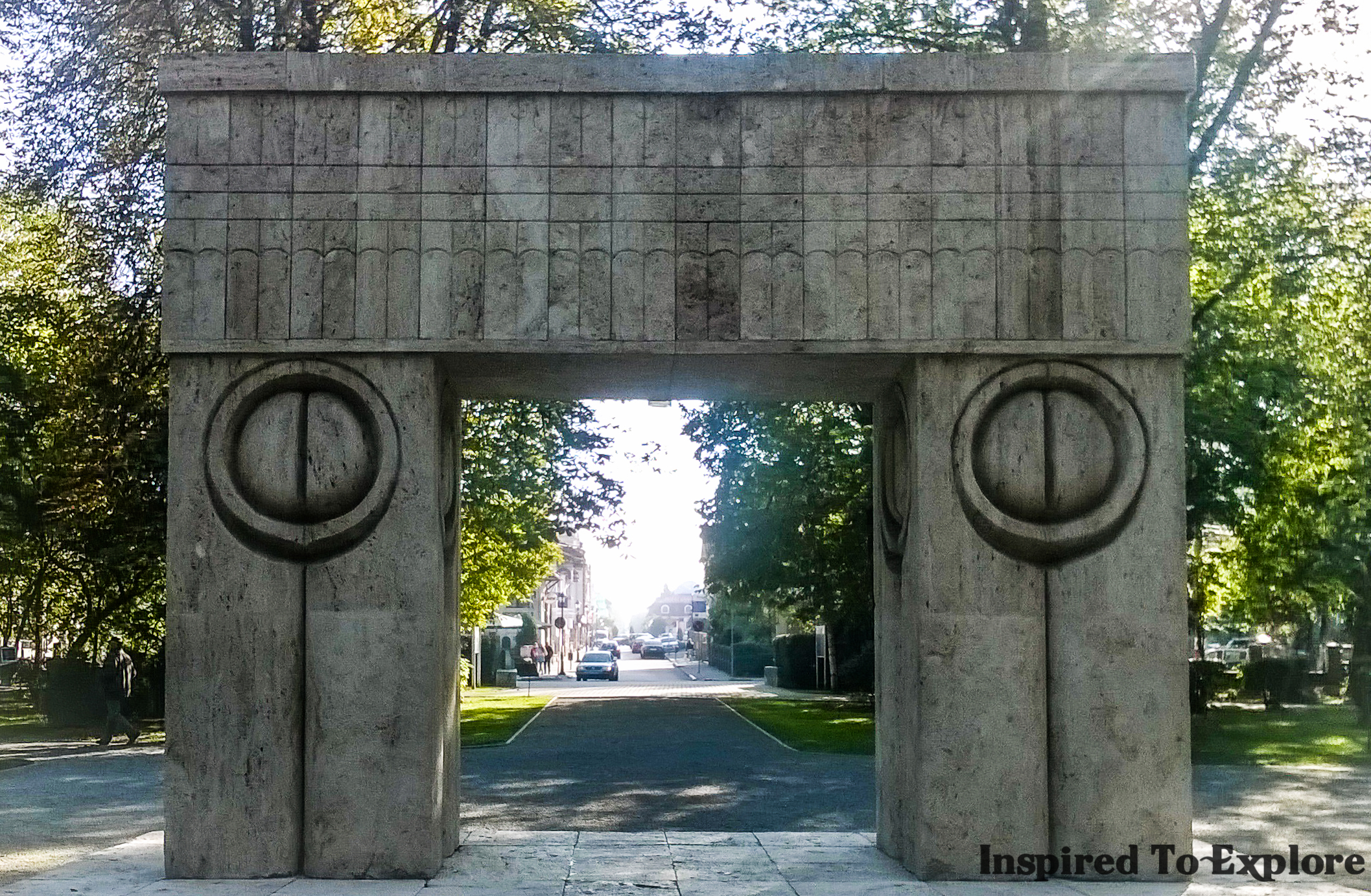 February 19th is declared a national holiday in Romania. This year we celebrate 140 years since the birth of one of the most influential figures for further development of modern sculpture: Constantin Brancusi. Because he was born in a small village in Romania, Hobitza, I decided to do a “treasure hunting” and find where his sculptures are located in his country of origin. The output of my research was a little surprising. Only a few cities in Romania hold his works of art. I chose two of them, Targu Jiu and Bucharest .

Constantin Brancusi bravely left home at the age of eleven and started studying sculpture. His hard work and native talent helped him graduate with honors and make himself noticed among artists of his time. He lived in Bucharest, Munich and then in Paris. Briefly, he attended Auguste Rodin’s workshop as his assistant. Yes, Auguste Rodin as in THAT Auguste Rodin, the man that laid the foundation for modern sculpture. Even though the admired his work, Brancusi chose to leave after two months, reaching the conclusion that “Nothing can grow under big trees”. The future confirmed that he was right, given that he found an unique, revolutionary style that was mirrored in his further work.

Brancusi is an artist famous in the entire world and he is even referred to as the most important sculptor of the twentieth century. His sculptures seek to capture “the essence of things” (as he liked to say) and orbit around abstract shapes and dynamic lines.

The Sculpture Ensemble from Targu Jiu

The ensemble is the most famous work of Constantin Brancusi and  consists of four outdoor sculptures: Endless Column, Gate of the Kiss, Alley of Chairs and Table of Silence. It’s like the whole city center is an open-air museum, perfect for contemplation and meditation. Brancusi was asked to make these monuments in honor of the soldiers that fought during WWI defending the city. Even though the ensemble required a lot of hard work, he declined being paid for it.

The Endless Column has a height of 30 meters and consists of symmetrical units, adding another incomplete one on top, to suggest the idea of infinity. It symbolizes the level of sacrifice of Romanian soldiers and it is considered one of the greatest works of modern art. It’s rather isolated from the other sculptures, being placed 2 km away from them, in an open field to provide the perspective of an axis mundi, as the exegets often call the column.

The next three sculptures are grouped in the Central Park

The Gate of the Kiss takes it’s name from the kissing motifs sculpted on the pillars. It’s appearance as a gate is associated with the transition to another life. This concept is still connected with the idea of sacrifice and eternity, which gives unity to the works of Constantin Brancusi. The monument can be also seen as a symbol for unity. The two supporting pillars are each divided into four pillars, resulting eight in total. They represent the eight Romanian historical provinces, held together in Motherland (the massive beam on top). Nowadays, it’s a national symbol for love.

On one side and the other of the alley that leads to the Table of Silence, there are stone chairs, in groups of three. Following the military theme, the Alley of Chairs represents the soldiers that fight out of obligation and that would rather sit aside.

The Table of Silence is a minimalist representation of the dinner before the fight, the hourglass-shaped chairs suggesting the time passing by in silence. The massive stone table has 12 chairs, symmetrically placed around it.

The National Museum of Art of Romania

The National Museum of Art holds the largest art collection in the country and is situated in the city center. It has two permanent galleries, National Art and European Paintings and Sculpture. the first gallery has a whole room dedicated to Constantin Brancusi.

From all the sculptures, I would like to talk about one in particular: The Prayer. It was Brancusi’s first commissioned work and it’s actually… a funeral monument. It represents a woman standing in her knees, praying. This sculpture is considered to be a revolutionary work of art, because of it’s semi-abstract representation. The overall posture of the woman suggests humility and peace of mind. It seems impossible not to be spellbound by her silent prayer.

I hope I sparked your interest and you’ll be motivated to see on your own the great works of art made by Constantin Brancusi. Also, note that in February there are certain events all over the world in his honor, so if you live near New York, Beijing, London, Berlin, Paris, Lisbon, Madrid, Rome, Vienna, Stockholm, Prague, Budapest, Istanbul, Chisinau (maybe others too), look up what art events you can attend. In Romania, there will be numerous cities to celebrate Brancusi’s legacy, left during his quest of finding not “the outer form but the idea, the essence of things”.

The Endless Column looks amazing. I would literally stand in awe if I saw this.

Exactly my reaction! I was astonished!

I have always been curious to know the stories behind the sculptures. It’s good that you shared it here. Each story needs to be heard.

These sculptures are amazing. i particularly liked the Table of Silence and the Endless column.

The Endless Column is my favorite too!

I love sculptures and art work. I’ll be sure to check it out when it arrives in London. Thanks for the tip off x

You can find several sculptures of Brancusi at Tate Modern art gallery in London if you’re interested.
http://www.tate.org.uk/art/artists/constantin-brancusi-800

I love exploring cities and stumbling across different sculptures. Where I live we have special biodegradable sculptures of deer. They are made of wood so blend in naturally to the environment.
I really like the Endless Column.

When I was little, sculptures were my favorite things to photograph. I was taking pictures of every single sculpture that I came across, even the most insignificant one. After all those years, I still like them. By the way, I would love to see your city’s deer sculptures and it’s good to hear that they are ecofriendly. Wood sculptures have a special place in my heart, as they fit in perfectly in the small cities from mountainous and hilly areas, but when it comes to art I must say I prefer stone sculptures. They have a grandness that is nearly impossible to overlook :)