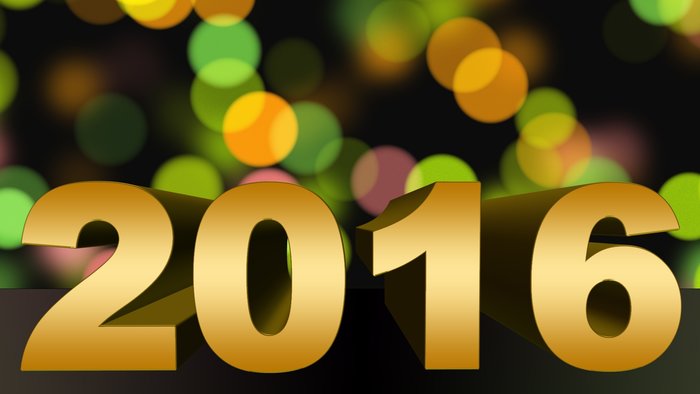 Phew! That was quite a year! Many things happened in 2016, but although most people hated it, mainly for the unfortunate world events, I personally considered it a good year. Sure, it had it’s downfalls, but that’s just how life happens to be. Let’s focus on the positive stuff. When it comes to travel, I accomplished more than I hoped for. I discovered lots of new destinations and revisited many familiar places.

2016 was such an eventful year, full of danger, adventure and whirling emotions.

First of all, I was close to encounter a pack of wolves in Serbian forests. Same forests that were also crawling with boars at that time of the year.

Second, in March I happened to be in Brussels, just a few streets away from the place where the police caught the terrorist attacker from Paris. Moreover, two days after I left Brussels, terrorist events happened there also. Then, my visit in Berlin was shortly before the Christmas Market attack. And guess what, the Berlin attack suspect was shot in another city that I visited this year, Milan. To be honest, I had a strange feeling when I put it all together, but I’m grateful that I survived this year, despite all the evil on the prowl. If there is something I’ve learned from these experiences, is that I have to live life to the fullest, without letting fear dictate my actions.

In 2016 I also learned the usefulness of medical insurance when traveling abroad. And I learned it the hard way. When in Berlin, I needed medical services, but I didn’t have an insurance (I’m a cheap person!), so I had to wait until I got back in my home country. Good thing it wasn’t a critical situation. In the meantime I learned some useful tips about receiving medical care, and I can’t wait to share them with you. Soon I’m going to write a special post about this topic.

Here are my personal travel-related wins and accomplishments:

To summarize 2016, I want to show you some photos from my travels, even from those that I didn’t write about just yet. Here we go:

And don’t even think these are all the places I visited in 2016!

For now I have only one certain destination: I will visit the beautiful city of Budapest (Hungary) in March. Unfortunately, I won’t be able to travel as much as I want in the first half of the year, because I have to prepare the final thesis for my master’s degree.

Still, this year I am planning to visit Greece, France, Spain, Turkey and maybe Italy again. Because I like to be spontaneous, this list could change, or I might add other countries to it, like maybe Croatia or Sweden (two of the countries I am really looking forward to visiting).

I also intend to continue taking domestic trips, at least as many as I took in 2016.

Another thing that I’ve wanted to do for so long, but didn’t have the chance so far, is to travel solo in another country. Although the experience is not so foreign to me, as I traveled solo before in my home country, I find it a bit scary. But at the same time appealing and empowering, so I can’t miss it.

That being said, I want to thank you all for being here, watching me as I discover the world, one country at a time. If you want to keep up with my travels in 2017, subscribe with your email adress or Follow my blog with Bloglovin! I hope you have an amazing upcoming year, full of happiness, love and travel. Happy New Year everyone!

Enjoy Spain. I loved Valencia and Barcelona. So pretty. Such great food.

Gosh what a year you have had! Seems to have been a lot of near misses. So glad you are safe and wish you all the best for 2017. I look forward to reading more about your adventures in 2017.

Whaaaaaat? You had a close encounter with some wolves? That’s crazy! Seems like you’ve had a great year of travels.

I hope you will make it to Croatia this year! Great time to visit if you would like to see Zagreb is December so you definitely have time 😊

So right what you say about travel insurance, super necessary but boring. Great that you’re going to Budapest in 2017. You will love it!!

Wow what a year you have had. I too seem to have followed terrorist attacks around. So sad that people have been hurt. I wish you all the best for 2017/

Wow, you have some amazing photos from your travels this past year! Serbia looks so cool. And I’m dying to visit Romania! Can’t wait to see what 2017 will bring!

Such a great recap! I’m also taking a master’s degree so I understand it’s hard to manage time and budget for travelling. Let’s try to reach our travel goals for 2017 together then! :D

Haha, totally! I would love to hear what’s your secret for finding time, energy and money to do everything you do! Happy New Year dear! <3

You’ve had quite the year! Happy New Year! I hope 2017 is full of adventures!

I’m sure it will be! Happy New Year!

Looks like an amazing year. Beautiful photos. I need to travel more.

Thank you! If you want to travel more, remember that it’s up to you to make the wish come true!

Wow that is one eventful year. I plan to travel more this year. Looking forward for this year

I look forward to this year too! Can’t wait to see new beautiful places and meet new amazing people on the road!

No, no! Dream big, make wishes and say them out loud! You will definitely have a great year!

I’m so glad that you had a great year. Greece and Italy are amazing places to visit if you get the opportunity.

If I don’t get the opportunity, I’ll create an opportunity. These countries have been on my bucket list for far too long, I think it’s time to cross them off my list! :)

Thank you! I wish you the same!

There were so many bad things that happened in 2016 but so many good as well! Every year always has its ups and downs so you’ve just got to roll with it and live life to the full! Ree love30

I absolutely agree. I only remember the bad things so I can learn from mistakes, but otherwise I tend to focus on the positive stuff in my life.Hope you’ll do the same and find everyday a reason to smile! :)

Wow everything sounded great, and your travel photography is lovely, I wish you all the best with the New Year :)

Thank you! Hope you have a great year too!

Thank you so much! I hope you have an amazing year too!

Great list of countries you have been, I miss Bulgaria!

I miss it too, but I’m lucky to live pretty close to it, so I can go there quite often :)

🌍 Hi, I'm Elena! Get inspiration for your next trip and let's start an adventure!
👇 Read this week 👇

Happy new year everyone! I hope 2022 will bring be