10 fascinating facts that you might not know about Bulgaria 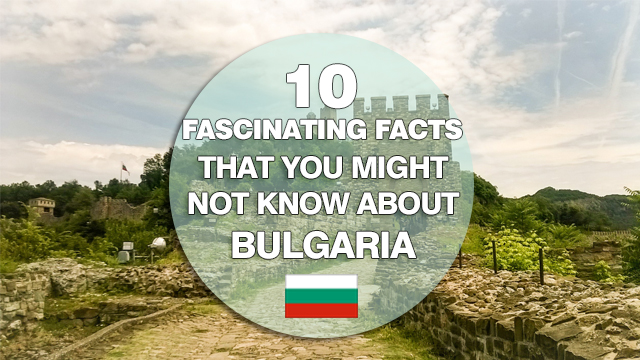 Bulgaria is a country located in southeastern Europe, that is yet fairly unknown to travelers. That’s why I thought I would make a list of the most interesting facts linked with this country, hoping that something about it would spark your interest to find out more. Be ready to enter a land of long history, natural beauties, cultural curiosities and amazing food with these 10 facts about Bulgaria. Here we go.

1. Bulgaria is the only country in Europe that never changed it’s name since it was established

Although the current territories of Bulgaria were populated since Neolithic age, the country established in 681 after the Bulgars, a semi-nomadic population, crossed south of the Danube and defeated the Byzantines, forcing them to sign a peace treaty. Although the name of the country stayed the same, the capital has been changed multiple times during the country’s long and tumultuous history. The capital was relocated so many times that even the historians can’t tell the exact number. Pliska, Preslav, Skopje (current capital of Republic of Macedonia), Veliko Tarnovo and Nikopol are just a few examples of cities that played this important role before Sofia. 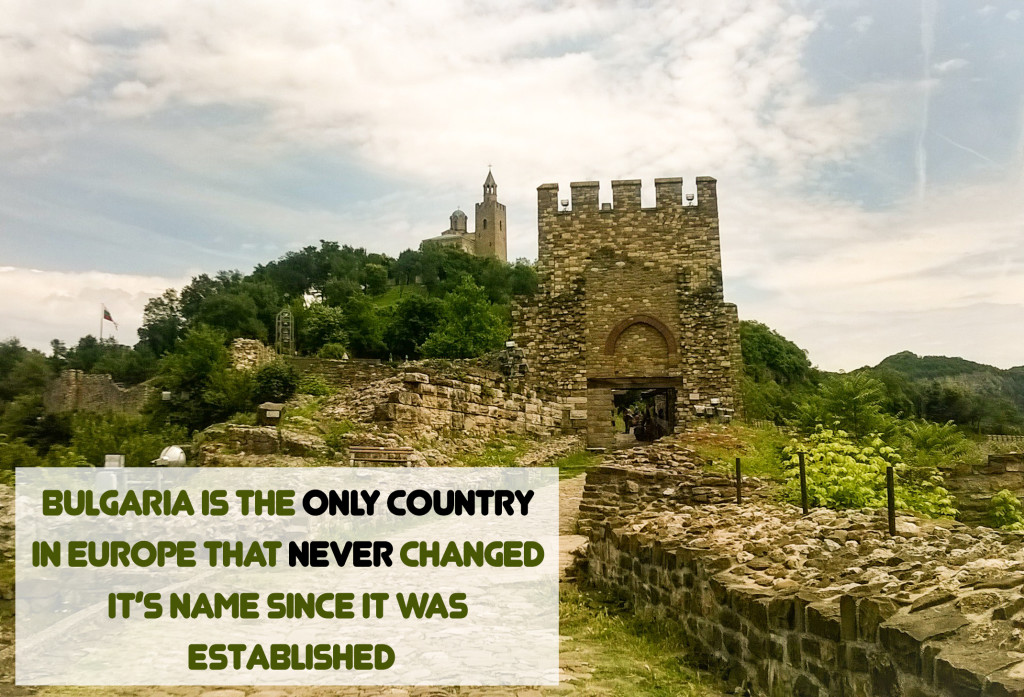 2. UNESCO recognized the Proto-Bulgarian calendar as the most accurate in the world

Most don’t even know about this calendar. There are many others more famous than this one, like the Mayan, the Chinese or the Egyptian calendar, but it turns out that the ancient Bulgarian calendar is the true winner here. 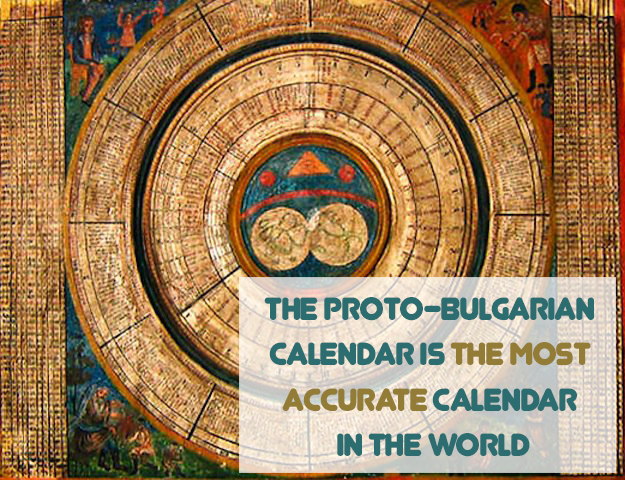 3. Bulgaria has the largest megalithic complex in the Balkans

Located in the Eastern Rodopi Mountains, near the town of Kardzhali, Perperikon is one of the oldest cities in the world. The excavations to unearth the city started in the year 2000, so it’s a fairly new destination that many still don’t know about. Perperikon is without doubt the largest megalithic ensemble in the Balkans, but some take it even further by calling it the largest in Europe. Some even call it Europe’s Machu Picchu. Although it helped archeologists and historians to fill in many of the gaps in what we know about Thracians, Romans, Byzantines and Bulgarians, there is so much more to uncover. Perperikon is still an active archeological site, which means that new tombs, temples and artifacts might be discovered as we speak. 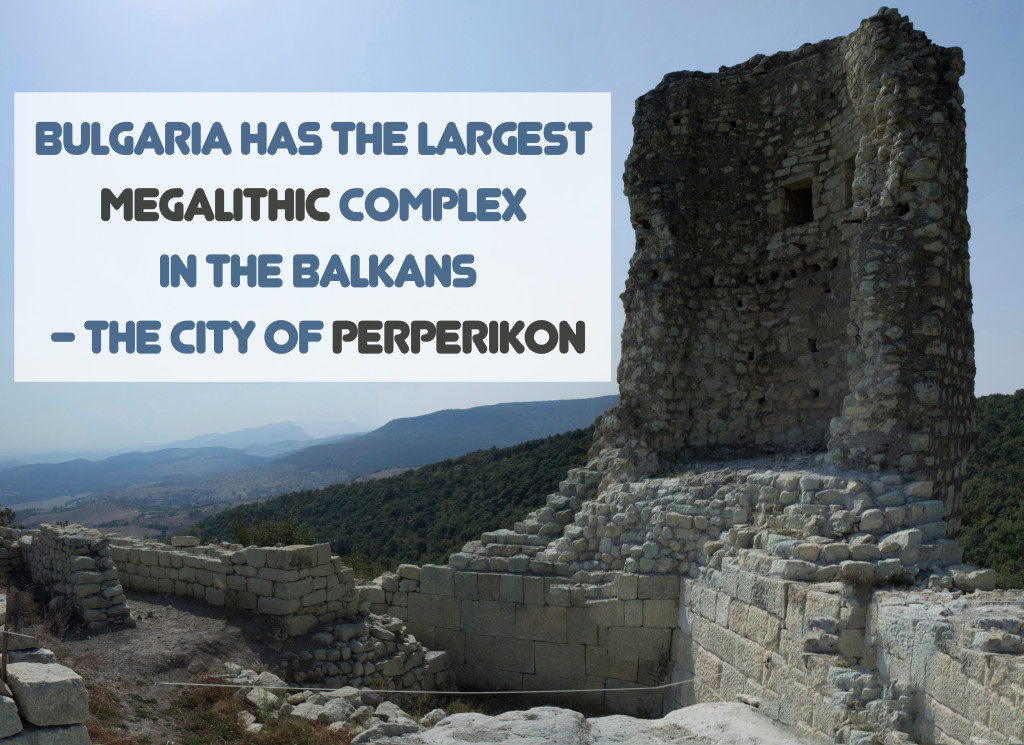 4. The oldest golden treasure in the world was found on Bulgarian territory

From what we know so far, the Varna civilization was the first to have discovered the art of goldsmithing. The treasure was discovered at Varna Necropolis, inside a series of almost 300 graves and the amount of gold found there exceeded all expectations. The precious objects date back as early as 4600 BC, when the territory was inhabited by Thracians. You can see the artifacts at the Varna Archaeological Museum and at the National Historical Museum in Sofia, but also within special exhibitions around the world. 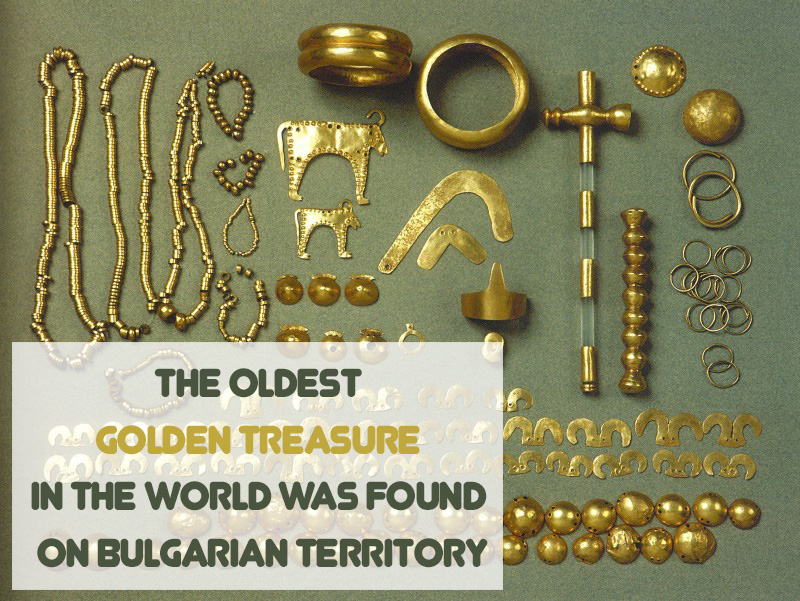 5. Sofia is the second oldest capital in Europe

Founded around the year 5000 BC, the current capital of Bulgaria has a rich history and is one of the oldest European capitals. To be specific, it holds second place after Greece’s capital, Athens. And since we’re talking about old establishments, it’s worth mentioning that Bulgaria has many other cities that are among the oldest cities in the world. 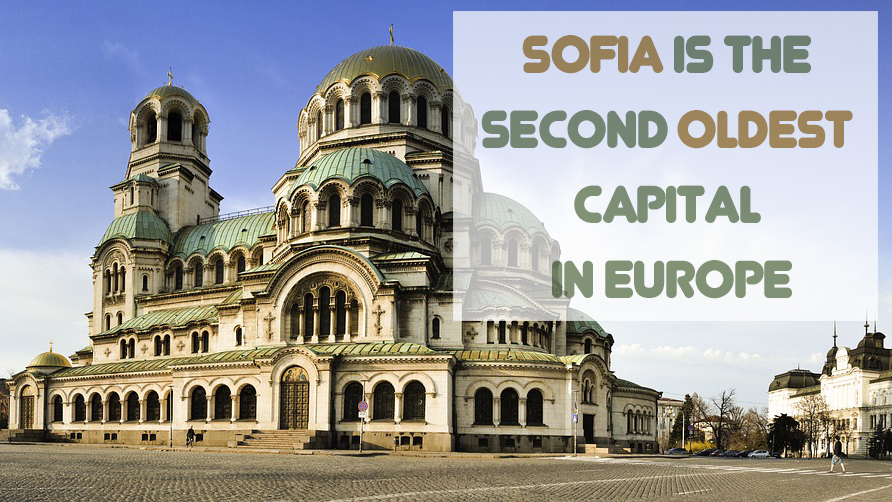 6. The roses grown in Rose Valley are used to make 85% of the world’s rose oil

Technically speaking, there are two river valleys that make up the famous Rose Valley. Both of them have a total area of 3282 square kilometers. Occupying such a vast territory, the 85% part starts to make sense, right? 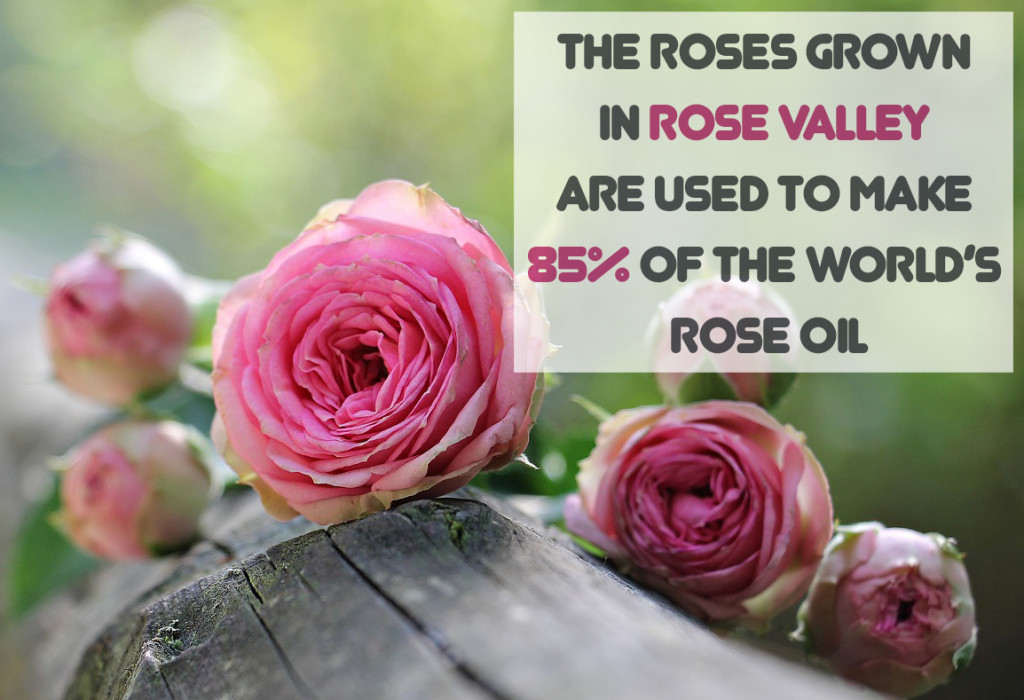 7. Bulgarians shake their heads to say yes and nod if they mean no

This particular fact makes me laugh so much every time I visit Bulgaria. I try to always be aware of the way I say yes and no, but almost every time I get it wrong. Imagine going to a restaurant while being completely famished and after some waiting time the waiter asks you if you’re ready to order. You nod and he turns around and walks away. I’m sure you can feel my pain. 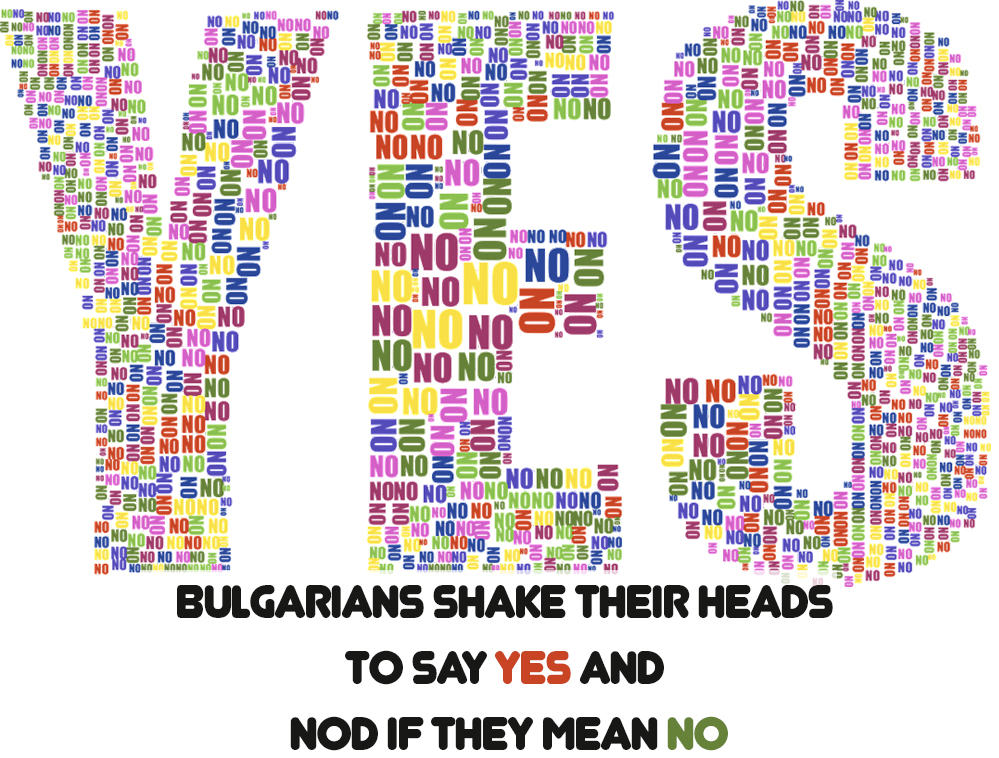 8. The bagpipe is Bulgaria’s national instrument

Although Scotland made this instrument famous, there are other countries that uses it also, Bulgaria being one of them. This country’s traditional bagpipe is less complicated and lower pitched than the Scottish one, and it is called gaida. 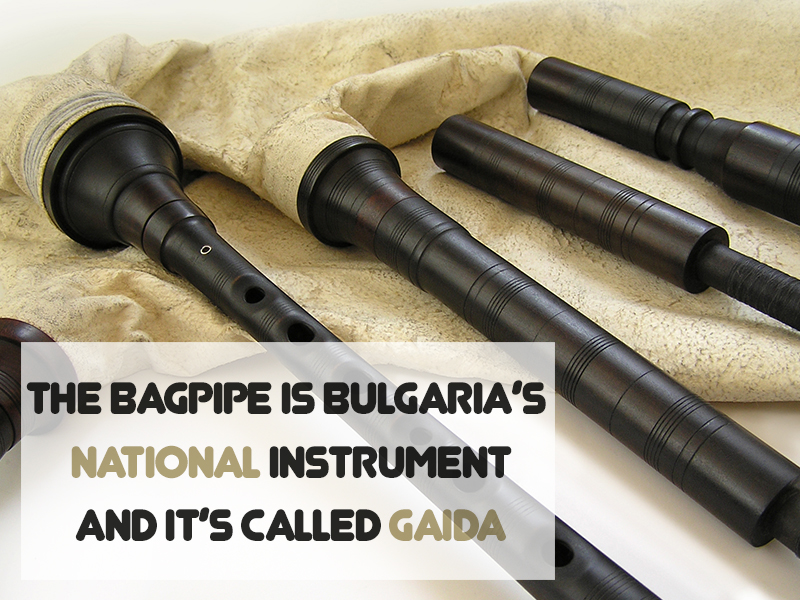 Every year on the 1st of March people exchange red-and-white woven adornments and wear them throughout the month. Martenitsi are usually worn pinned to the clothing or tied around the wrist. The rituals associated with Martenitsa can vary from region to region. For example, some take it off when they first see a stork or a swallow returning from warm countries, when they see a blooming tree or simply at the end of the month and then they hang it on a tree branch. This tradition is celebrated not only in Bulgaria, but also in other neighbouring countries, like Romania, Moldova, Greece, Albania and Macedonia, with slight variations. 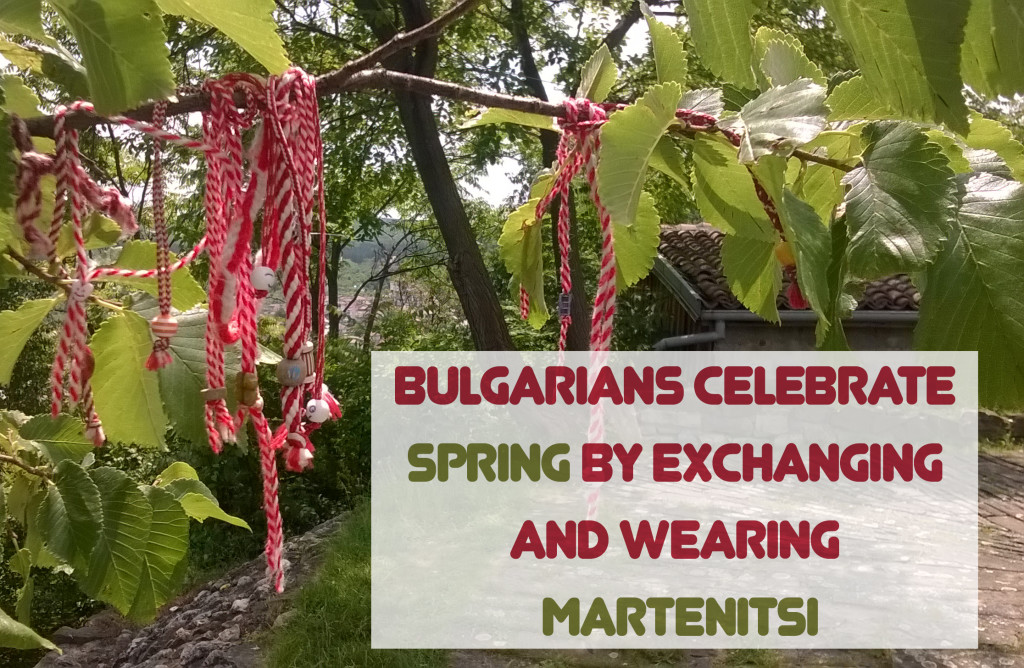 10. Bulgarian yoghurt is the best in the world

This is a type of yoghurt with a specific taste and consistency. The secret behind it is the bacteria Lactobacillus Bulgaricus which is used in the making process and it’s found only in Bulgarian air. This yoghurt has numerous benefits for the health and is often linked with the longevity of the Bulgarians. 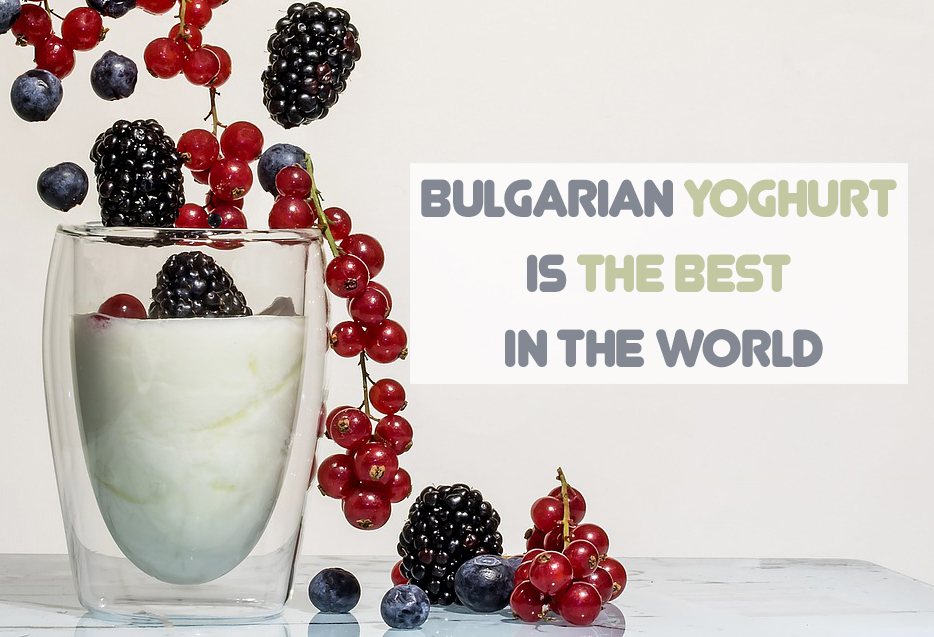 This is a interesting topic.

Wow I never knew hardly anything about Bulgaria…now I seem to be a pro. I had no idea that a lot of other countries in Europe have changed their names multiple times. Very interesting!

These facts are literally fantastic! I particularly like the fact that you kicked things off with – I never would have known that had I not swung on by here!

My Travelogue by Bhushavali

Wow! That’s interesting!! The most accurate calender? I should check out more about it. I love to visit prehistoric spots and this megalithic site would be my fav!

Very informative and interesting article! I went to Bulgaria the first time last year (to Sofia) and absolutely loved it! The nature, the culture! Will definitely try to explore it more x

There are some really interesting facts about Bulgaria. The reverse nodding/shaking of the head would confuse me so much! Thanks for sharing.
Viola xo | A Piece of Viola

So many interesting facts about Bulgaria. I just couldn’t believe the part about nodding for a ‘no’ and shaking the head for a ‘yes’.