7 Top-Rated Things To Do And See In Bucharest 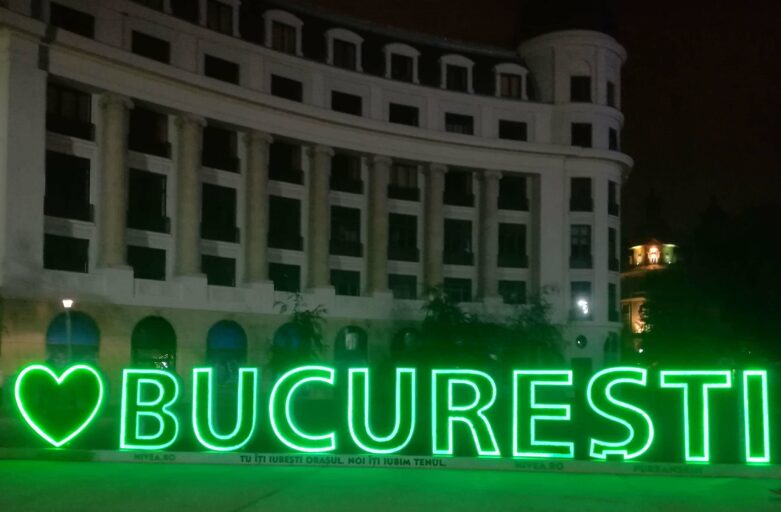 Bucharest has been my home for more than a decade and the best way to describe it is… diverse. To help you discover the layers of this city once called “Little Paris”, I compiled a list of activities that will take you on a lovely tour around the city. Buckle up for discovering different architectural styles, fascinating museums, romantic parks, Instagrammable spots, places to eat and drink and more.

Schedule a tour of the Parliament

Built at the order of former communist president Nicolae Ceausescu, the Parliament Palace strikes with its impressive size. It is the second-largest building in the world after the Pentagon and also the largest administrative building in the world and the heaviest. Like the name suggests, it houses the Romanian Parliament. It is an example of Stalinist architecture, as a result of the era in which the project started. If you book a tour in advance you can visit its palace-worthy interiors. All the materials used to build the Parliament were produced in Romania, including the 3500 tons of crystals and 1 million cubic meters of marble!

Near the Parliament, there are 44 water fountains installed and sometimes, they come alive after dark. They make a colorful dance that will make you pull up your phone and record it. If you visit on spring or summer weekends, you might just catch a mesmerizing show with both light and music.

Relax in a famous library

There are so many reasons to find your way to Carturesti Carusel library. Where do I start? It’s on the list of the most beautiful libraries in the world, it’s known to be a good spot for Instagram pictures, has a wide selection of books and offers the possibility to read one on the spot, either among the shelves or in the cafe on the top floor. I promise you’ll fall in love with this place with white staircases, curved balconies and colorful books.

Walk through the Old Town

Bucharest’s Old Town is a maze of cobble stoned streets with bars, terraces, restaurants and shops. It is one of Europe’s hot-spots for having fun, especially in the nighttime. Make sure to look up at the old buildings. Even though they are far from their glory times, fine architectural details are still visible in many places. Wandering the street will lead you to Curtea Veche ruins, the former residence of the famous ruler Vlad the Impaler. A famous place among the locals is the Valley of the Kings (Valea Regilor), a passage that is easy to miss if you don’t know about it. You can have a coffee here to enjoy the vibe, or just pass through it to get to your next destination, Calea Victoriei.

Take a stroll on Calea Victoriei

Calea Victoriei is one of the oldest streets in Bucharest and in many ways it is the backbone of the city. If you go from one end to another, you get to experience an eye-catching mix of architectural styles. A few notable stops along the way: CEC Palace, National History Museum of Romania (highly recommended for a visit – it houses ancient treasures, a replica of Trajan’s Column in Rome and more), Odeon Theater, National Art Museum of Romania (the former Royal Palace), the Athenaeum, the Cantacuzino Palace (where George Enescu National Museum is located).

Bucharest has quite a few parks where you can do sports, play, walk around and relax or attend events like concerts and film festivals. One of the largest is King Michael I, more widely known as Herastrau Park. Here you can also visit the Village Museum and the Arch of Triumph. To catch your breath, go to Beraria H, which is the biggest beer hall in south-eastern Europe. Closer to the city center are the Cismigiu Gardens, iconic for the city. This park is perfect for pure relaxation or for a romantic walk. It has a lake with bridges across it and alleys flanked with statues of famous writers. Other parks worth visiting are: Moghioros Park, Alexandru Ioan Cuza Park (commonly known as I.O.R), Carol and Youth Park (very close of each other).

You don’t have to get out of the city to experience wilderness. Covering an astonishing 183 ha, Vacaresti Park is the largest green area in Bucharest. It is not a simple park though, it is a naturally created wetland, an ecosystem resembling the flora and fauna of a delta. Willow and poplar trees are common, among with foxes, otters, weasels, snakes, turtles, various species of lizards, fishes and birds. It formed on the place of an abandoned hydro-technical project started in 1986 and it is now a protected area.

What’s your favorite activity in Bucharest? Do you know others that could win a spot in this list? Let me know in the comments!