Google Autosuggest: What Do People Want To Know About Austria? (With Answers) 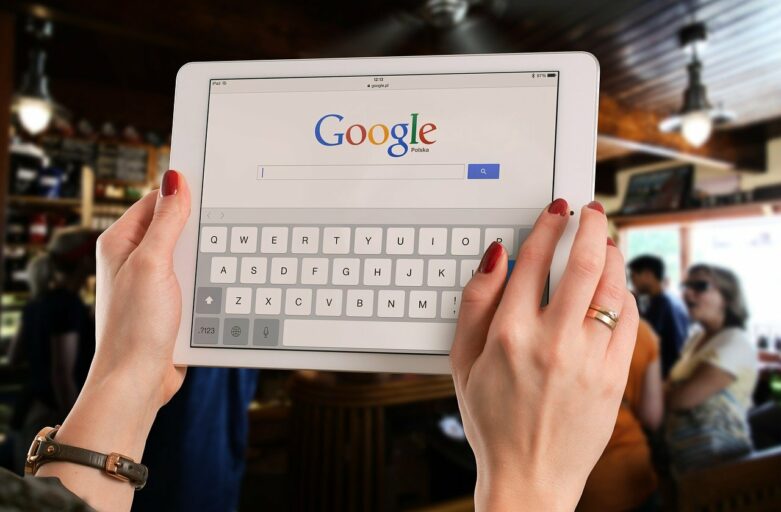 Google search can give a pretty clear overview on what people are looking for regarding a certain topic. For this article, I’ve decided to revolve around the main questions that people ask about Austria and let Google suggest continuations for the sentences, based on people’s most searched phrases. To make this even more interesting, I’ve decided to also answer (briefly) the questions, so in case any phrase sparks an interest in you, at least you get some information along with it. Without further ado, let’s ask Google what people want to know about Austria. (Note: All the searches are US-based).

No, Austria is not in NATO, but it is a partner of the military alliance. There are 5 neutral countries in Europe and Austria is one of them. After WWII, the Austrian territory was occupied by foreign forces of the allies. In 1955 the Soviet Union demanded these forces to retreat by ratifying the Austrian State Treaty, on condition that Austria becomes a neutral country.

Yes, Austria is the country that we know today since 1955.

Austria is not a part of Germany. Like I said before, Austria is a stand alone country, but in the past Austria was indeed a part of Germany. For example, during the Austro-Prussian war and later from 1938 until the end of WWII, as a result of the decision of Adolf Hitler to annex it.

Basically the same question as above, therefore the same answer applies.

Austrian is not a language. The majority of the population speaks Austrian German, which is also the official language. Austrian German is pretty similar to German in the sense that it is like a dialect, with differences in terms of vocabulary and accents.

No, Austria is not on lockdown anymore. Some rules still apply, like the use of FFP2 masks in shops and public transport, but at least you can enter, exit and travel within the country as you please.

Austrian Airlines are rated by Skytrax with 4 out of 5 stars (with 5 being the highest rating) for the quality of their onboard products and services, including cleanliness, staff assistance and food & beverages.

The simple answer to this question is: because Hitler didn’t win WWII. If he did, there is a possibility Austria was still annexed to Germany.

In 1914, a Bosnian Serb assassinated the Austro-Hungarian Archduke Franz Ferdinand and his wife. Although this was not such an uncommon event before, Austria-Hungary used it as a pretext to declare war on Serbia, to stop Serbia’s claims to some of the empire’s territories. Soon, allies of both states joined the war, transforming it to a world conflagration.

As stated before, Austria was conditioned in 1955 to become neutral in order for the allied forces to leave its territory.

This is a good question. All the countries in the world have 3 letter abbreviations. According to this codex, Austria is AUT and Australia is AUS. The short answer why these two aren’t switched is the following: Australia is spelled almost the same both in most English speaking countries and other European countries, therefore it made sense to keep the first three letters in the abbreviation exactly the same. Austria on the other hand, has many variations for its name in different countries. For example, Österreich is Austria’s endonym. In Czech Republic and Slovakia its name is Rakousa/Rakūsa and in France it’s Autriche. Probably France’s international influence led to the adoption of its version of its name for Austria and therefore, the first three letters came to be AUT.

With the mention that when WW1 started, the current territory of Austria was part of Austria- Hungary, this is answered on question #14.

As mentioned before, the German name of the country is Österreich (which translates to the East Empire) and the Latin nations eventually transformed this name into Austria.

Austria is a highly industrialized country and very specialized in the service sector. It’s one of the richest countries in the world and their economy is continuously growing.

We already established why Austria is not in NATO on question #1, but what about Switzerland? The answer is that Switzerland, just like Austria, has a policy of neutrality. This status was first adopted in the 1600s. After France decided to occupy it anyway, there was a need to re-declare permanent neutrality, which has remained respected by all countries since then.

Why is Austria so…

The Austria-Hungary empire was huge back in the days – the second largest country in Europe after the Russian empire. So why is Austria so small today? Because the empire was actually a mix of ethnicities and there were different laws governing different territories. After WWI ended, the fact that Austria-Hungary lost the war created the perfect context for the empire to dissolve and form new nations, like Czech Republic, Slovenia, Slovakia or Croatia. Therefore, Austria shrunk to its former empire core, which are mainly the territories that it has now.

The main reasons why Austria is one of the most popular destinations in the world for skiing are its top-notch ski resorts and plenty of snow-covered mountain peaks, plus excellent services.

Austria is a wealthy country, therefore the cost of living there is also high. Austria holds the 18th place in the top of the most expensive countries in the world.

Austria is a beautiful country for numerous reasons. It has amazing landscapes, especially in the Alps where you can follow trekking and hiking trails in the summer and winter sports in the cold season. It has lakes and rivers, glaciers, picturesque small towns and of course… We can’t forget about Vienna, a city that is renowned for its beautiful buildings and cultural life.

Austria is one of the safest countries in the world, ranking in the 4th place. The index takes a number of factors into account for determining the ranks, like crime rate, terrorism, social instability, conflicts and more. All these indicators are very low or non-existent in Austria.

Austria is not cold year-round or anywhere in the country. There are also areas where the weather is significantly warmer. Of course, Austria’s reputation for being a cold country is due to the Alps, where the winters can be very harsh and even in the rest of the year it’s pretty cold.

Because they have the Alps and the rest is answered on question #23.

Ouch. I hope people that asked this don’t ever come face to face with an Austrian, because they can take words quite personal. Austrians are known to be more low-key and quiet. For some, this may be deemed as boring. Also, foreigners have in mind a few clicheic images when it comes to Austria. For example, green fields with tall mountain peaks at the horizon, cozy village houses or posh Baroque architecture in the big cities. Some people expect more diversity and that’s ok, but there are also people that enjoy it just the way it is. I guess it depends on what every individual is looking for.

The situation is fairly under control now. To stay up to date with the latest Covid-19 news in Austria, check this resource.

Although I think there are more similar things between the two, there are a few differences worth mentioning:

Overall, Austria has more scenic landscapes than Germany. Then, there are also cultural differences. In general, Austrians are more relaxed in their everyday life, whereas Germans are more strict and punctual.

Skytrax rated the Business Class services of Austrian Airlines (both long haul and short haul) with 4 out of 5 stars, which is a very good rating.

Austria is doing fine, thanks for asking. For more details, maybe all the above and below questions can help.

There are not many defining similarities between Austria and the USA, except that both countries are federal republics, although Austria is parliamentary and the USA is a presidential republic. Other than that, they are both wealthy, highly developed countries, with good standards of living.

Is Austria known for…

Yes, Austria is very fond of chocolate. Although not as known as their neighbour Belgium, it has some of the most exquisite chocolate varieties in the world. Vienna in particular is the  perfect place in Austria to try out as many as possible.

Coffee is an important part of the culture in Austria. People drink coffee religiously in the many cafes of Austria, as well as at home. More than 9 out of 10 Austrians drink coffee, and the consumption per capita is even slightly higher than in Italy! Another thing to note is that in Austria, coffee is often served with a glass of water and a small piece of chocolate.

Again, yes. Austria has quite a few grape varieties that are planted in family-owned vineyards. The country is producing fine-quality wines that pair very well with Austrian traditional dishes.

Austria had a huge influence on the progress of classical music. To name just a few famous composers that either were born in Austria, lived or created music there: Wolfgang Amadeus Mozart, Johann Strauss, Ludwig van Beethoven, Joseph Haydn or Franz Schubert.

I guess people typing this are trying to find what Austria is known for. Part of the answer is already detailed above, because we already established that it is known for its chocolate, coffee, wine and music. I can also add architecture, its landscapes, food, energy drink (Austria is the home of Red Bull),  yodelling, Arnold Schwarzenegger, Swarovski Crystals and many more.

Austria has many developed industries and some of the things it produces are vehicles, integrated circuits, paper products, art pieces, energy (hydroelectric power) and much more.

Tourists often want to take home souvenirs that are directly linked to the place they visit. Here’s some ideas of popular items to bring from Austria besides the classic fridge magnet: Mozart chocolate (or other types of chocolate), bottles of Austrian wine or Schnapps, snow globes (the snow globe was actually invented in Austria) and literally anything that has princess Sissi’s face on it.

Austria is also known as the “Land of Music”. See question #44 for reference.

You can find the Palm House in the #Gardens of #Sc