Story Time: How I Rocked My Battle With Anxiety And Earned My Solo Travel Badge 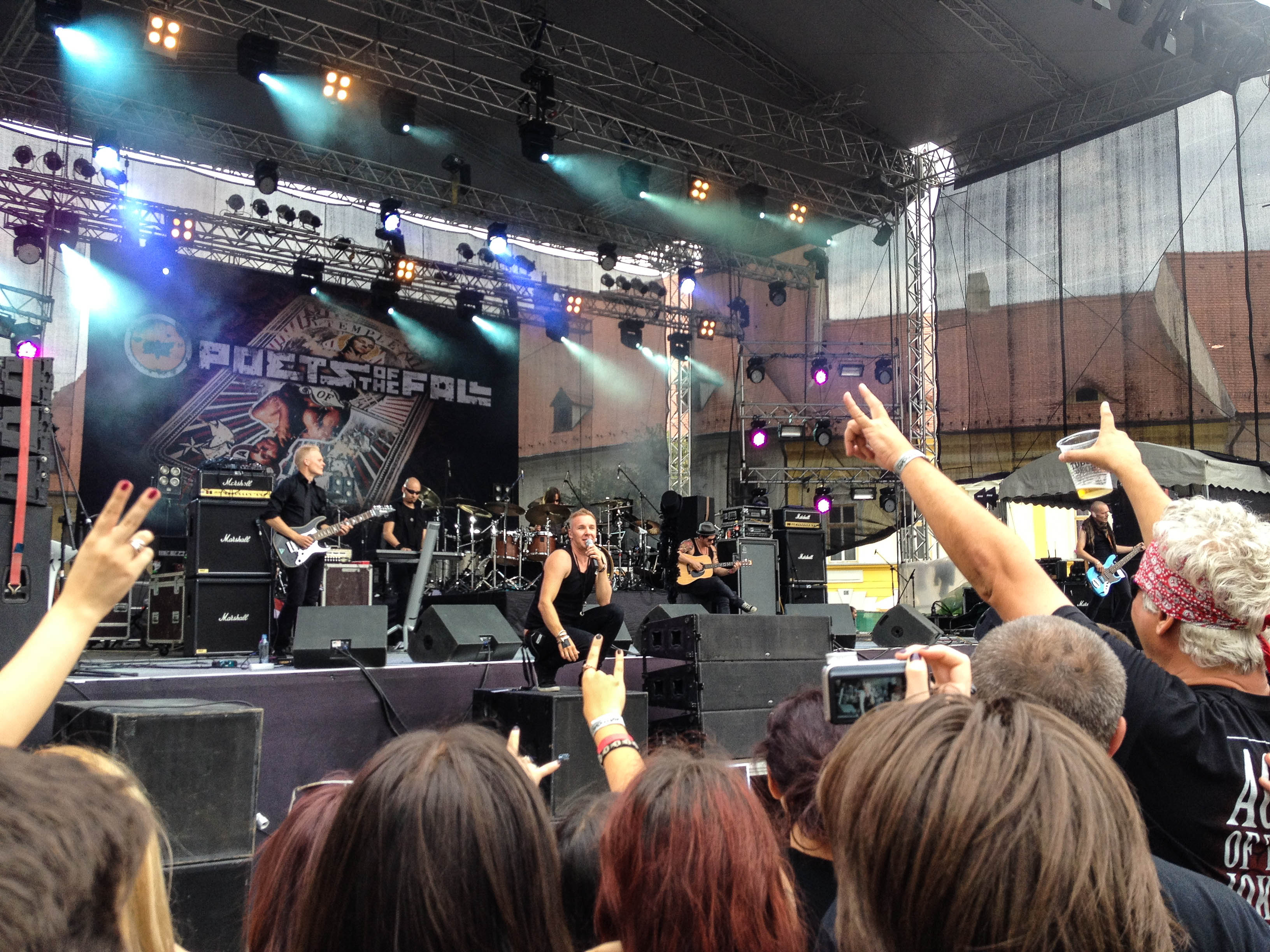 I love telling stories from my travels and I realized I have lots of them already. So starting now, I will share my happy moments, my sad moments, my achievements, my fears, my tips and tricks that I learned along the way and why not, I will rant about various things that caught my attention over time.

This week I will start by discussing a secret of mine that has the shape of a fear. I am sure many travelers face or faced at some point this dark demon: anxiety. I know that it comes in many forms, but I will talk about one in particular: the fear of traveling solo.

I want this to be something personal, an honest story, a confession, an open conversation with all of you. When I was younger I used to doubt my instincts, my ability to do anything on my own, to have fun on my own and to take care of myself in this crazy, scary world. I wasn’t in control of myself.

Then something happened.It was a beautiful summer day from five years ago. I was heading to meet with some friends in the Old Town of Bucharest, so I took the subway. I was standing quietly on the platform, watching the swarm of people around me. Carefully though, I didn’t want to let my gaze linger too much on someone in particular. It’s an unwritten rule from the almighty book of public transportation code to not make eye contact with strangers. Stupid rule, now I break it all the time.

Finally, the metro train stopped in the station with a loud creak. Doors opened. A wave of impatient people pushed me in and I took a seat. After a quick glance around, my eyes stopped on the advertising poster that was in front of me. It was an ad for ArtMania, a rock music festival from a beautiful Romanian medieval city of Sibiu. I froze. Among the bands from the headline was my favorite group ever: Poets of the Fall. The concert was about a week away. How didn’t I know about this earlier?

At the time I was a poor college kid trying to survive every day. So imagine the joy slowly turning into despair when I realized that I don’t have enough money for the festival ticket, the train tickets, accommodation (the next train I could take was leaving for Bucharest the next morning after the show) and food. Besides that, I didn’t have any friends available for going with me. And the thought of going alone was scary and crazy. But the thought of missing this rare opportunity to see my favorite band live was also scary. So for a week, I went back and forth between decisions until I finally I took courage to go. I found a guy that was selling his festival ticket because he picked another festival to go to. I bought the cheapest train tickets although it took a small eternity to get to destination. I decided that I will roam the streets all night instead of booking a hotel room and I would take some food from home in my backpack. You know what they say, backpacks are traveler’s best friends. If you don’t already have one, you should check Backpackhack and you will find one no matter what you needs are.

Now everything was all set, just one problem left: the almighty anxiety. The day of the concert came and I was sitting on the edge of my bed, with my backpack at my feet and a lump in my throat. I was doubting myself. I was scared that something unpredictable would happen. Well, I wasn’t wrong with that.

Before I knew it I was standing on a crowded train, giving myself a motivational speech inside my mind. Then something caught my attention. Somewhere next to the train door I saw a guy with a Poets of the Fall T-shirt. Putting two and two together I realized that he’s going exactly where I’m going. What happened next is still a mystery to this day. Having an outburst of extroversion, similar to a stroke or a moment of madness, I walked to him and actually said something that made sense. Next to him there was this other guy, that I first thought was his friend, but actually turned out to be another stranger that approached him same way I did. We clicked. Half an hour later we were laughing, talking about music, and making plans to spend time together in Sibiu.

So we got there, really enjoyed the concert and then we went to explore the city. Long story short, it was an amazing and liberating experience and I didn’t regret it even for a second. Yes, it was unpredictable, but in a good way. I feel like on that day my initiation has begun. That day I earned my first solo travel badge. And I was proud of it. Since then, I gained the courage to go on more solo trips, but only within my country. 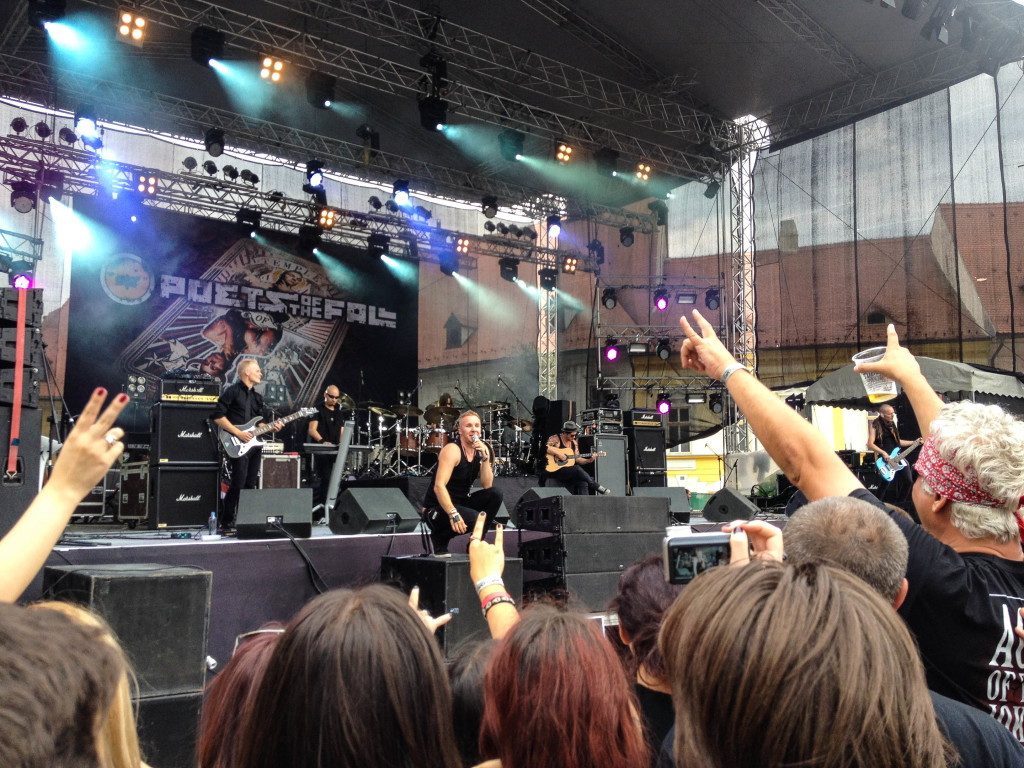 If you also have plans to come to Sibiu, but you do want to book an accomodation (unlike my broke ass), maybe you could use these suggestions:


Now it’s time to take it to the next level. Tonight I have a flight to Budapest and I’m going alone. Once again, the feelings from five years ago resurface, but they don’t have the same intensity. I learned over the years to keep my anxiety in check.

Every time that I feel anxious about starting a new adventure I remember the story of that girl that jumped on a train with little plans and no money, just to see her favorite band live. If you are an anxious person too, let me tell you something that I’ve learned over the years: It’s more likely that you’ll never get to be completely relaxed and carefree. Don’t strive for that. Thoughts will fill your mind with doubt and fear. It’s normal. Don’t let them take control, but don’t be obsessed with clearing your mind either. Find a balance and take one step at a time. I know I am. Tonight I’m flying to Budapest. For the first time alone somewhere outside the country. I’m about to level up. Wish me luck!

Solo travel is incredibly liberating not to mention being able to do exactly what you want when you want to. I personally love it. Like you, though, I also get anxious, but it’s worth it!

I hope I can experience solo traveling too! I love traveling so much but the only problem is money :( Haha! This post is so encouraging, makes me want to pursue my dream to travel by myself

Oh, you’re one courageous soul. Solo travel is one great experience and I’m hoping to do this soon. Hope you enjoy your Budapest trip and please don’t forget to share your adventures too! Can’t wait to see it.

Such an inspirational story – it’s very touching to read about how something so spontaneous has made such a big change in your life. I wish you luck on your trip to Budapest and here’s to many more in the future!

Sometimes the only way to treat ourselves is to go on a travel. I’ve been wanting to travel alone too, but I guess I won’t be able to do that unless my son is old enough already. Your willingness to meet other people will actually help you with the positivity in life.

Hope you will have great time in Budapest.Solo travelling is sometimes a challenge.But with courage,you can easily enjoy your trips.Hope to read more travel stories…

I admire your courage! Congratulations for overcoming anxiety. Not everyone could do that. It is good that instead of curling in a corner entertaining anxiety, you stood up and fought it. Such a lovely story! Have a great time in Budapest.

Oh wow! Enjoy Budapest and keep safe! I’m sure you’re going to make new friends and appreciate solo traveling again. It was fun reading your account about the rock concert 5 years ago, your lucky you immediately found company that time! :D

Enjoy your Budapest flight and adventure. Your courage is commendable. But more than that, I love your attitude. I picture a soul who has such great energy to discover more beyond her usual territory.

I’m congratulating you right now for a surely successful trip abroad! Oh my, the stress travel gives me… ugh, haha. I’ve travelled solo within my country a few times, but overseas, not yet. I understand your anxiety FULLY as I always feel like something bad will happen at any time and I might not make it back alive, haha. Still, enjoy Budapest!!! I hope you’re meeting more new friends there!

Wow! First solo travel! I admire you for doing it and I hope you enjoy Budapest! I am planning to have my first solo travel soon but only after I keep my promise to my children that we will go on with their first international flight. Not this year, but hopefully soon!

Good luck on your first solo overseas trip! I have an anxiety disorder and struggle a lot with travel and crowded areas. I’ve only traveled solo on day trips so far but hopefully one day I’ll get the guts to go somewhere alone for more than a day. Thanks for sharing this :)

Thank you for sharing your story Alex! The important thing is that you’re actively trying to overcome anxiety. Keep doing this and I’m sure you’ll make great progress! Best of luck!

Enjoy it! It´s really cool how you can sometimes meet people so easily even in spite of all the worries and anxiety!

It’s true! You just have to be willing to meet people and some sort of magic happens everytime! :)

Good luck Elena. and don’t forget to bring me a bookmark from there :P

Of course I did, how could I forget? I can’t wait to meet up and give it to you. I hope you’ll like it :)