Top 10 Things to Do And See in Warsaw 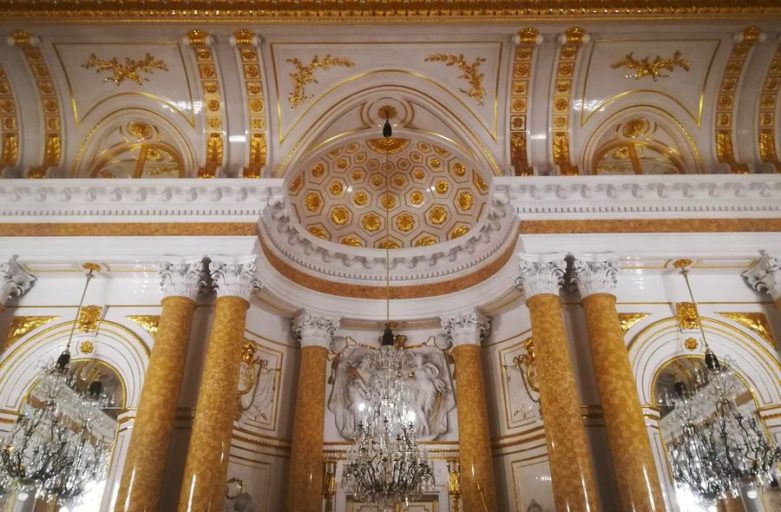 Warsaw is pretty much the Phoenix bird of Europe. Vastly destroyed during WWII, it was reconstructed almost entirely from the ground up afterwards. Therefore, don’t expect medieval vibes (like in Wroclaw for example), but rather a modern, vibrant city that still manages to keep remainders of its history.

COVID Alert: Quarantine for 10 days upon entering the country. Those who have a negative COVID-19 test or are already vaccinated against the virus, are not obligated to go in quarantine.

During the war, the Old Town was one of the main targets for German bombs, so everything turned into a big pile of rubble. The buildings that can be seen today are a facsimile of what once stood in their place. In the middle of the Castle Square (Plac Zamkowy) stands tall King Sigismund’s Column. Made in 1644, the statue at the top survived the war and is Poland’s second oldest monument. Our next stop is St. John the Baptist Cathedral, which holds the Baruczkowski Crucifix, supposedly holding mystical powers. Heading out to the Old Town Market Square, you will find a wide selection of restaurants where you can try traditional Polish dishes along a glass of fine wine. While here, you might also be interested in visiting The Historical Museum of Warsaw or the Literature Museum.

The castle is easy to spot in the city center, as it is an imposing looking building. It was also completely destroyed during WWII and carefully reconstructed for almost two decades from its own ruins. The castle houses a museum, where the public can admire paintings of Rembrandt, as well as other famous artists. If you visit in spring or summer, I warmly recommend you also visit the castle’s gardens, which extend all the way to Vistula River, our next stop.

Vistula’s watercourse crosses many important cities of Poland, such as Krakow, Torun, Gdansk and of course, Warsaw. In the capital, the river banks offer many relaxing, fun or educational ways to spend time. You can take a walk on the promenade, bask in the sun on a one of the several natural beaches of Warsaw (rated one of the most beautiful urban beaches in the world by National Geographic), watch a show of water, light and sound at Multimedia Fountain (shows start at night on Fridays and Saturdays only, but in COVID-19 context they are completely cancelled), sail on the river using your preferred option (ferry, kayak, sail or motor boat).

Also on the brink of Vistula river, there is a science museum that takes interactivity to another level. Children and adults alike can conduct actual experiments during the day, but once a month on a Thursday adults only can enter the museum after the closing hours (7 PM to 10 PM), to participate in meetings with science experts, to watch shows or play games while having a drink and a good time. Because of the increased demand, make sure to check the dates for these events and book your tickets in advance. And if you want to relax for a moment, know that Copernicus Science Centre has a rooftop garden from where both banks of Vistula can be admired from above.

If you’re interested in seeing the world’s narrowest house, go to the address Żelazna 74 in Wola district. Look closely for a structure inserted between two other buildings and that’s Keret House. It measures only 92 centimeters at its narrowest point! Although it is called a house and the owner sometimes lives there, it is not legally seen as a house, but as an art installation. It is possible to visit it, but it is not open to the public all the time. Sometimes tours are available once a month, but it can also be closed for longer periods of time.

The Warsaw Uprising was an effort of the Polish resistance to defeat the German army in 1944. The combat lasted for 63 long days, at the end of which the resistance was defeated. The casualties among the Polish were disastrous: over 200.000 deaths (including civilians) and many others wounded. To commemorate those who sacrificed their lives in the name of freedom, the Warsaw Rising Museum was created. Be ready for an immersive and interactive experience that will paint a very vivid picture of how the story developed day after day. I deeply recommend taking an audio guide at the entrance. It is available in English, as well as in 26 other languages.

Would you be interested in visiting a park spread over an area of 76 hectares, with an island in the middle and a Baroque palace built on it? If the answer is yes, then put this attraction on your list, because it has so much more to offer! Palaces, mansions, gazebos, bridges and even a theatre on an island. It is free to stroll across the park, but if you want to visit the interior of some of the attractions you have to purchase a ticket that gives access to the Palace on the Island, Little White House, Old Orangery, Museum of Hunting and Horsemanship and The Water Tower/Myślewicki Palace (depending on the season you visit in). Take note that during the weekend the park can be pretty crowded with people coming here to take a walk, have a picnic or play different sports, so if you prefer a quieter environment, you should consider any day Monday to Thursday. If you are on a budget though, know that on Fridays the entry is free for the before mentioned attractions.

#8 Palace of Culture and Science

When I visited the Palace of Culture and Science, it was not only the highest building in Warsaw, but also the highest in Poland (237 meters). This year the palace was put in second place by the construction of a new tower nearby, called Varso Tower, measuring a staggering height of 310 meters. On the 30th floor there is a terrace which is used as an observation point for visitors and offers a complete panorama over the city. The 3300 rooms of the palace have many purposes, such as exhibition halls, theaters, restaurants, conference rooms or offices.

The museum is housed in a Baroque palace, whose exterior appearance reminded me immediately of Szechenyi Baths in Budapest. The palace takes its name from King John III Sobieski, king of Poland and Grand Duke of Lithuania, who used it as his residence. Although the king was an art lover and collector of valuable pieces, such as 6 paintings of Rembrandt, most of the artworks he owned were taken away from Wilanów after his death. The palace opened as a museum in 1805, which makes it one of the oldest museums in Poland. Luckily, it is one of the few places in Warsaw that survived the war, so the locals rightly consider it a national treasure. It is also known as Polish Versailles, as it’s style resembles that of its French counterpart, but the most obvious resemblance is in their beautifully manicured gardens.

Milk bars are an experience. Spread all over Poland, they are remnants of canteens established during the communist era. Back then, in order to encourage people to eat less meat, the government made available dairy products at cheap prices through these kinds of restaurants. Hence, the name of milk bars emerged. Nowadays, some keep the original look and some went for a more modern approach, but all still serve traditional Polish food at very low prices.

These were my top 10 picks of things to do and see while in Warsaw. Which one would you be more interested in? Leave a comment below and let us know!